We can only provide discounted DNA testing for Dobermans because we are a non-profit scientific corporation staffed by professionals who volunteer their expertise and time without taking a single penny as compensation. Our non-profit status, together with our goal of putting science in the hands of Doberman owners worldwide, prompted the world's most respected canine geneticists from Cornell University to graciously agree to partner with the Doberman Diversity Project. These canine genetic professionals are, through Embark Veterinary (our genetic testing partner and the Official Research Partner Laboratory of Cornell University's College of Veterinary Medicine)  committed supporters of citizen science and of our global effort to improve the health and longevity of the Doberman worldwide.

Your dog's Genetic COI (coefficient of inbreeding). Say goodbye to inaccurate pedigree-based COI calculators. Recent research found that for each 1% a Genetic COI rises, there's a statistical loss of one month longevity. 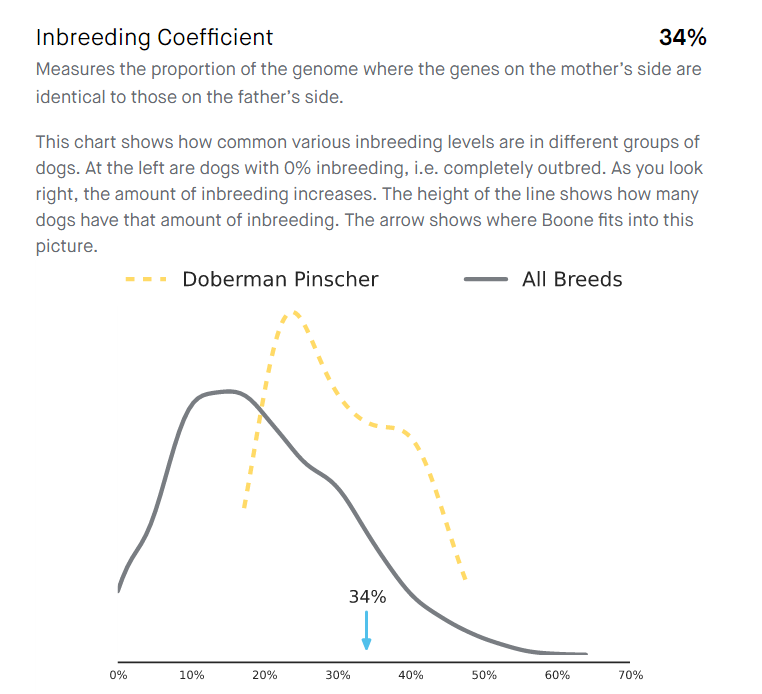 ​Your Dog's DLA Haplotypes. Is your dog's DLA Highly Diverse, Somewhat Diverse, or does he have No Diversity?  ​ 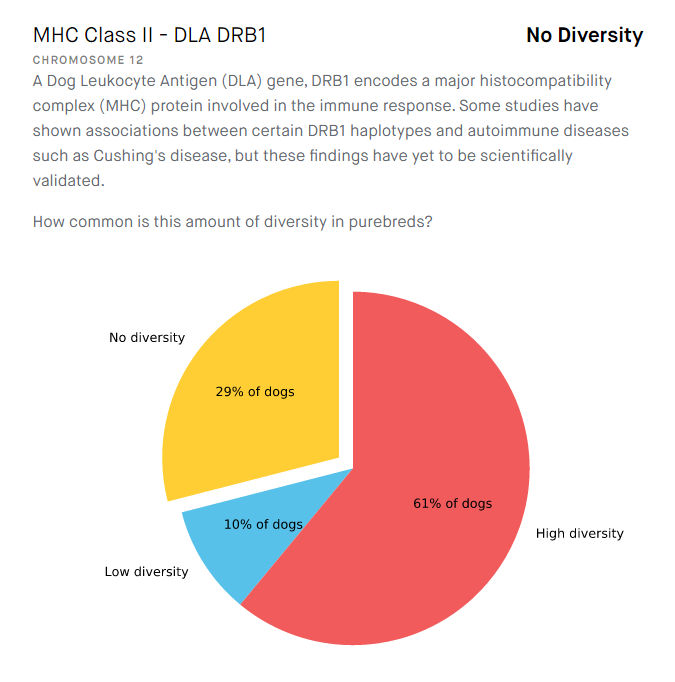 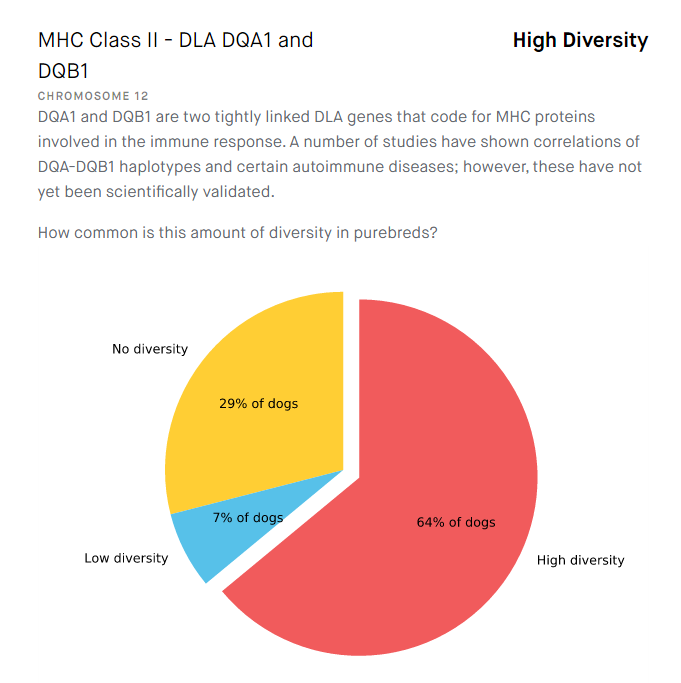 ​A karyogram of your dog's inbreeding. Your dog's reports will include a graphical representation of all the areas in your dog's chromosomes showing exactly where he inbred (blue) and outbred (yellow). Use your included Vet Report as a "cheat sheet" for what disease-associated mutations live on which chromosomes. 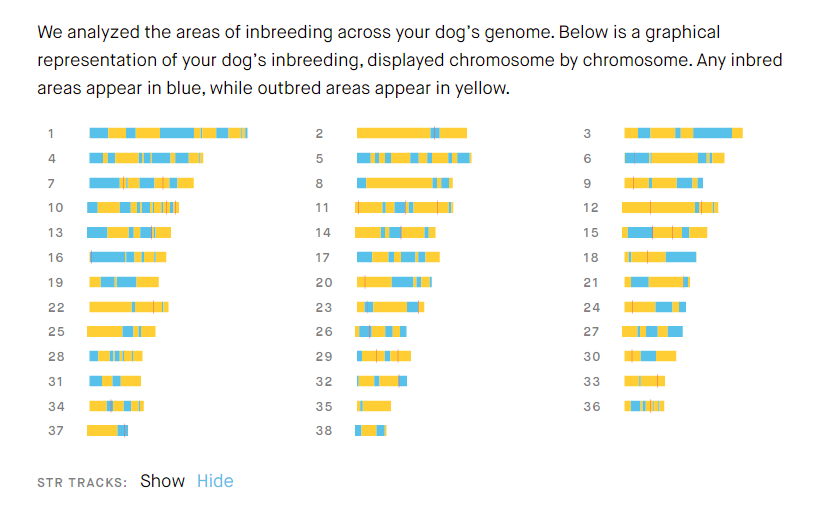 ​The satisfaction of knowing you are part of an international effort to support new research efforts to identify genetic associations that cause the genetic diseases affecting our dogs and ending their lives too soon.   Priceless.​
BUY A TEST KIT
COMING SOON?
Anticipated to be added to the DDP Testing Panel in 2020
The genetic test for Narcolepsy (awaiting validation).
Do you have or know of a dog that has been tested to be either a carrier or an affected dog for Narcolepsy? Let us know. They can test their dog FREE if they are the first four dogs to contact the DDP.​
* This test is a linkage test until late 2019 when it will become a direct test. What's a linkage test? DNA sequences that are close together on a chromosome tend to be inherited together. As such, Embark can use a genetic variation surrounding a mutation (e.g., linked to it) to infer the presence or absence of a mutation of interest. Linkage tests do not directly assay a mutation of interest, and as such, may not be perfectly predictive of your dog's true genotype. Thus far, we're seeing about a 99% accuracy rate in Embark's linkage tests. If you ever get an Embark linkage test result that conflicts with another test you've had done, please contact us. It'll help improve the accuracy of future linkage testing.
** This test is a linkage test. See note above.